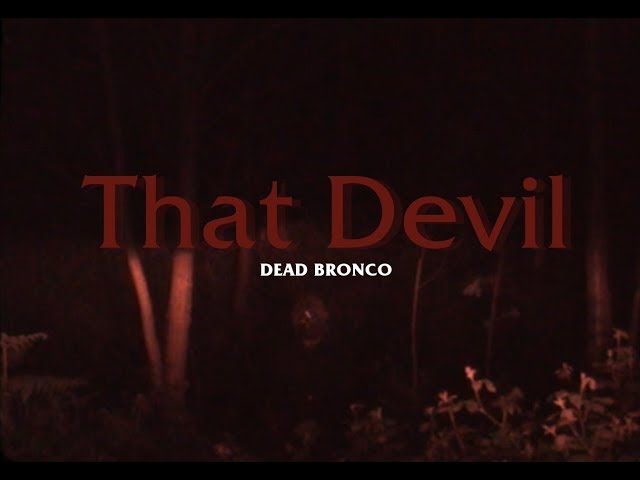 Artist Bio: Matt Horan, from Davie, Florida, frustrated with the music scene in his home state decided to venture off to other lands in search of a better life. In 2012 Horan created Dead Bronco in the Basque Country and since then has proudly flown the American roots flag for nearly seven years all over Europe. In 2019, as he’s habitually done in all his albums, a new formation came to light ¨The Annunciation¨, recorded at Drive Division Studios (Santander, Spain), a sound we call Black Folk were Americana gothic, punk, and black metal are twined together. It’s like mixing Those Poor Bastards, King Dude, and Swans with DB.
The rebirth was not an easy situation, given that there was a legacy to maintain: The band has released five original albums and a Hank Williams tribute, which were hugely accepted all over Europe and in the US, all this in just over five years into his music career. DB was considered the most promising band by the BBC Music Video Awards (2013), best rock band PopEye (2015), and the prestigious Rock Villa Madrid (2016), where Horan was also awarded best guitarist. Shortly after the release of his latest album, he wrote “The Shepherd” (2018) a battle song made for the conservation society Sea Shepherd and in 2019 the band was awarded Best Folk album by Mondo Sonoro.
Prophets of many lands, they have had several sold out shows all over Europe, dragging their message of Americana roots through the mud with a heavy influence of folk, punk and metal leaving their mark on every plain like an unstoppable plague. It’s difficult to kill something that’s already dead. Long live Dead Bronco!