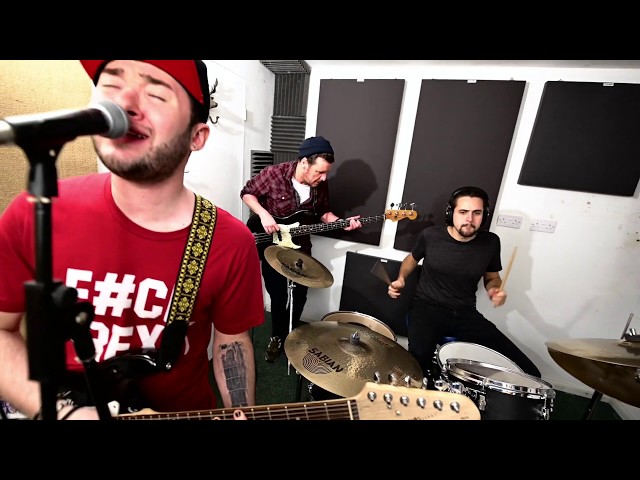 Artist Biography: London based punk rock artist Eliot Ash creates a unique blend of fast flowing and hard hitting vocals. His honest lyrics stick a middle finger up to today’s society. With gigs across his hometown in venues such as Nambucca, The Underbelly, The Monarch and The Half Moon, this rising star is already gathering quite a following.
Eliot released his debut singles “We Always Sail at Night” and “Weak” independently in late 2017. They received wide coverage being played on radio stations such as RKC, FreshNet and 365 with fans eagerly awaiting the release of his double EP ‘One Step Away from Madness’.
After signing with indie record label MadMan! Records, Eliot began working alongside members of ska band The Launchers producing his debut double EP ‘One Step Away from Madness’ that was released on the 23rd February 2018. It immediately gained the attention of HotVox, BlankTV and BBC Introducing.
‘It’s a big shame that we would never be allowed to play “It’s the Weekend” on BBC Radio in its present form, but fair play to Eliot for not playing the corporate game. Anyway the out and out swearing is a big part of what makes the song so liberating. Sleaford Mods built up their credibility and cult following for years by genuinely not giving a f*** about whether anyone played them on the radio.’ – Tom Robinson BBC Introducing.
With commercial tunes like “The Man Who Lived Life Through a Lens” and the pop punk infused “Nobody Enjoys Looking at Your Travelling Photos” getting regular circulation on ‘BBC Introducing Tracks of The Week Playlist’, Eliot Ash went on the road playing around fifty shows in 2018.
He is now back in the studio finishing up his debut album ‘Eruption’ set for release in early 2019 and fans have been treated to hints of a heavier and darker shift in tone with debut single ‘We’re Never Heard’ dropping the week of the UK’s Brexit vote.