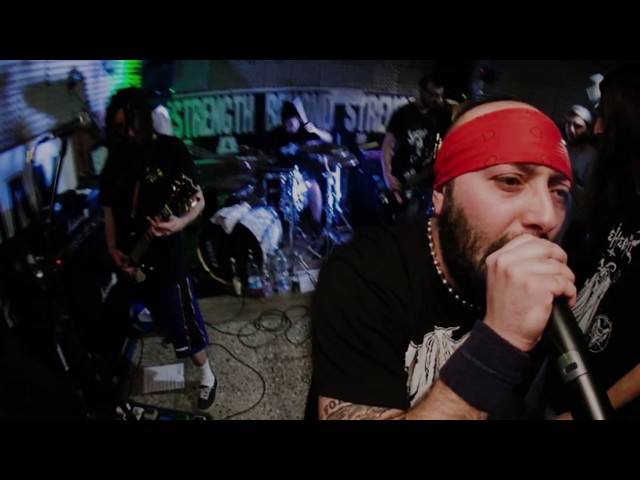 http://www.BlankTV.com – Mud – “Head Down” – Like this video? Come see thousands more at the Net’s largest, uncensored, completely d.i.y. music video site, BlankTV.com! We’ve got News, Games, Contests and the stuff that we can’t show on YouTube!

Artist Biography: The MUD is a hardcore/metal band born in summer 2004 in Abruzzo (Italy), precisely in Val Vibrata area (TE).
In 2006 they recorded their first demo (Promo 2006), a hasty demo marked by cross-over veins mixed with metal/hardcore influences.
In 2007 and 2008 live concerts began to increase and they got to play even out of Abruzzo as opening act for important bands of the italian underground panorama. As time went by, the hardcore influences ( 90’s / new school) started to become more pronounced, so the songs gained more speed and heaviness.
In January 2009 they gave birth to their first “serious” release: ‘Slow Degradation’, a self-produced EP consisting of four songs.
The 2011 is the year of the long-awaited first full-length named ‘Violence Against Violence’, totally recorded in DO IT YOURSELF way and come out for the indipendent label Audiozero Records. Several concerts around Italy preceded and followed this release, including a European tour.
On 17th April 2014 MUD released their second full-length album called “FROM THE BOTTOM”, in a DIY style too, recordered and co-produced by
indipendent labels.
Constantly on tour in Italy and in various parts of Europe (including the Kaleidoscope Festival in Tuzla-Bosnia in front of 6000 people), comes to Autumn 2017, where the third “full album” comes out of the title “The Sound Of The Province”, concept album out for the DIY label (created by the band itself) under the name “THC DIY Productions” and other Italian DIY labels.
The band went through numerous line-up changes over the years, with the exception of the singer Mauro “AldoHC, the only one who has been in the band since 2004.
Over the years they have gathered more then 300 gigs in Italy and abroad as well, including performances in hardcore and metal festivals, even sharing stages with important bands, such as Browbeat,Livello Zero,Bloody Riot,Cripple Bastards,Raw Power,Impact,Schizma,Rise Of The Northstar,Entombed,H2O,Discharge,Terror,Expire,Ratos De Porao.

About the Video: The video deals with heavy issues that occurred in the last year in the province of Teramo (Earthquakes, natural disasters, etc.)