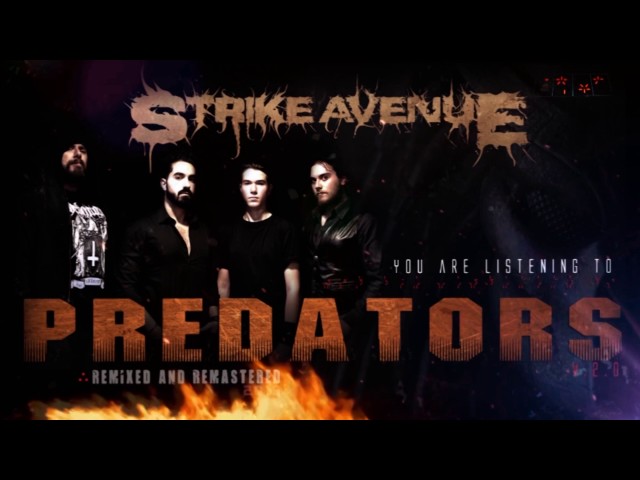 Artist Bio: Artist Biography: Strike Avenue start their musical activity on march 2008 from Phil (voice) and John Hunter (guitar). In a second moment, after an hard search, Sergio Nasta (the Man) on bass enter in the line-up of the band. There are a lot of various influences on sound of Strike Avenue as thrash metal, hardcore, progressive and much more. As demonstration of this, every member of the band(or almost) has a different musical curriculum vitae: J. Hunter (guitar) has played previously with a progressive rock band, Mind Storm, and subsequently with a pop rock band, the Inner Side; Sergio Nasta – TheMan (bass) has many collaborations with bands like Omega Sound Machine ( in a second moment renamed t F.a M. 100, with influences as crossover, progressive, thrash, hardcore, punk), Zero Kelvin (progressive-metal epic), Darshan Project (ethnic music), Paraphilia (brutal death metal), Heavyon (rock Italian) and The Blast (indie rock). As you note in the cauldron there is everything. What unites us is the passion for music and awareness to achieve a powerful sound without compromise. The objectives of the group are coming to create an hard sound for live activities. In July 2008 Strike Avenue formalize drummer: Simone “Machine” Tiesi. In Semptember 2008 Strike Avenue find new and drummer: Francesco “Storm” (from Aexlium local Death metal band). With his tecnique and his powerfull of blast beats and a total drumming from hell, Strike Avenue change influences with elements of deah metal, and extreme metal in general. In date 9/11/2008 Strike Avenue play live at B-Side (Cosenza, Italy) and open live concert to Metal Gang. Great night for Strike Avenue proud to have shared the stage with a national carats band. In April 2009 Strike Avenue enter in studio to recording “The Greatest Kicks”. In November and December 2009 Strike Avenue qualify in second place to “GIG Contest Music” and win the ranking of the jury as the best technical group. After many live on the road with Sergio (bass), himself separates from Strike Avenue. After a second research for a bassist Strike Avenue formalize Alex (a very and import carrer for him). In 2010 Strike Avenue recorded the single “New Era Revolution”. This song represents the watershed group’s musical: Strike Avenue become a metalcore/deathcore band, finally. In 2010 Strike Avenue recorded their second album: “We Are Becoming Brutal”. This album is more heavy and brutal than first, and his influences are based on new modern metal (metalcore and deathcore). In February 2010 Strike Avenue divide the B-Side Pub stage with the international death metal band Sadist. In march 2010 Storm and then Phil leave the band for personal reasons. But in June 2011 Phil comeback and Strike Avenue recorded their new single: “Predators”. This song is the best and heavy ultracore song written by the band. In July 2012 found a new drummer, R.o.x. (Rosario Marsico) and finally complete the line-up.