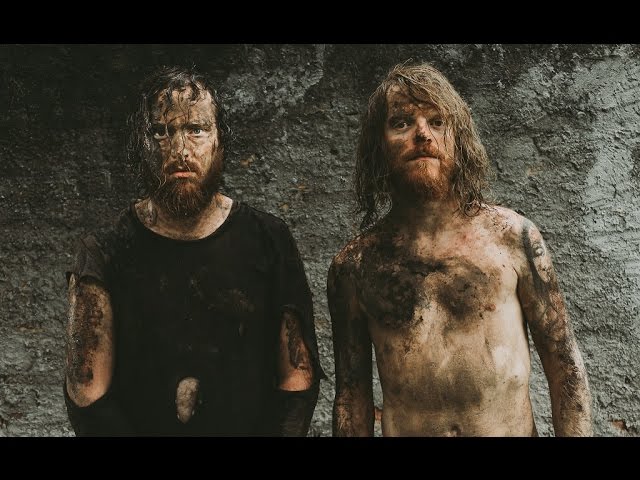 In 2017 they started to produce and record their first EP inspired in rock, punk, pop, metal, funk e electronica.

With vocals in English showing ironic nonconformity of political and social decadence in Brazil; in the instrumental a heavy, energetic and vibrant rock with influences of countless Brazilian rhythms, Two Step Flow is an authentic and innovative duo that seeks their space in the indie world scene.

The spirit of freedom and motivation in the compositions represents strong personality and intelligence allied to the bass distorted with slap, effects with syncopated pads and synths, groove and beats with iconic and contagious presentation.

Currently they are finishing in studio the EP “We’re Going Down”, mixed and mastered on The Dark Lab Studio in Seattle.

Two Step Flow’s first concert was with Ego Kill Talent band on 4/21/2017. In September they will travel to Argentina to play three shows.

Rage Against The Machine, Rush, Primus, Raimundos, Korn, System of a Down, Red Hot Chili Peppers and Royal Blood are some influences for Two Step Flow.

About The Video: Wood is an exiled from society and cybernetic world, living in the middle of the jungle, away from technology, representing a cave man.
De Toni just arrived in the hostile place, leaving behind the chaos and stress from the city.
He’s crossing a nervous crisis and he kept his escape, until find Wood in the jungle, so they start a fight for power and territory.
Ironically, Wood finds a modern device (tablet) and De Toni tries to avoid that Wood touches the screen, but even so he touches it and the music stop to reproduce.
After this, they get into a trance dancing together, so the video rewind and finish like started, with Wood down in the middle of the jungle.

Song Lyrics: It doesn’t make any sense
It doesn’t really matter
I don’t care what the king’s saying so whatever

We’re living here
We’re gonna do everything, every time, so let’s get started

Tic, quick, tock,
The time is running fast
Our brain is melting with this freaky mess
Oh, we’re going down!

Down,
Yeah,
Down…
‘Cause we just can’t do anything about it

Tic, quick, tock,
The time is running fast,
Against the fate of havin’ nothing yet

Down,
Yeah,
Down…
‘Cause we just can’t do anything about it