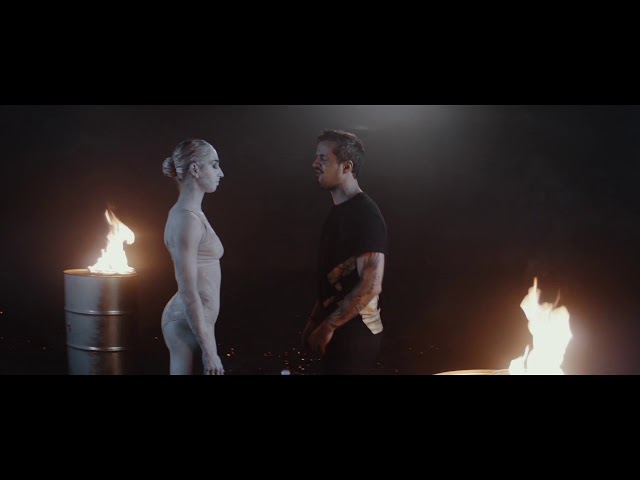 Artist Biography: Weesp is an alternative post-metal band from Minsk, Belarus. The band’s style can be described as a mix of heavy and recognizable riffing, groovy drumming beats, analogue synth sounds, and melodic expressive vocals. Even though band members used to call their style alternative rock, some music journalists describe it as “combination of metal and rock genres”, and some songs they define as nu-metal. With the release of the ‘Black Sails’ album the band have defined themselves as ‘alternative post-metal’.

About the Video: Hi all! This is Weesp and new ROCK video Black Sails. If you enjoy Alternative rock and Post metal music video, you will like and share it 🙂
So.. We wanted to do something absurd, it would go well with the overall video message and dance by us is the best option for such idea. There are so much contrasts in the video: black and white, fire and cold smoke, rough bare fire and glamorous bling…And finally, beautiful moves by our black sails girls and on the opposite – our insecure moves.

How do I know it’s still not dawn?
The dying candle’s evidence
Can I be sure that I’m alive
When it’s so quiet and dark

The separated world outside
You hunger just as I
Don’t have to fear the open sea
The only ones after all
We are black sails, we are coming

Rejected, outcasts, despised
Lean on the shoulders of those who still stand
Stand your ground, face common dreads
Don’t let the world break you, and you will change it some day

The separated world outside
You hunger just as I
And as the opium fog lifts
The shreds of mind recall
We are black sails, we are coming home…

I’ve got to get back – watch my back, expect the worst
None of them have actually been there
To witness – I recall life
I recall life
A slap in a face, a punch in the teeth
By the end of the day with hands full of mud
Leaving bright red trace I will get back
Now a minute of silence for those who didn’t make it

Rejected, outcasts, despised
Lean on the shoulders of those who still stand
Stand your ground, face common dreads
Don’t let the world break you, and you will change it some day