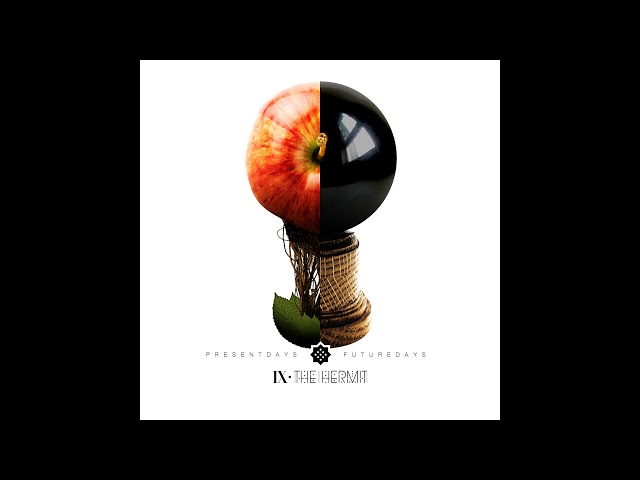 Artist Bio: IX – The Hermit (pronounced: nine the hermit) is an alternative-metal musical group that merges sounds coming from various metal genres, such as heavy, groove and djent, in a unique
sound that is difficult to classify but pleasing by any kind of listener.
The band was born in Calabria, Italy, between Mormanno and Spezzano Albanese, at the end of 2017, by a Fabrizio Vindigni’s idea, who after having played as a guitarist in Italian metal and
stoner bands, and after having published some EPs (Under Fire – Sweet silent slavery -2015-, El Rojo – 16 Inches Radial -2017-, band where he still plays, along with Fabrizio Miceli), decides to pursue a parallel career as a singer. Therefore, he contacted Fabrizio Miceli (ex-member of Gradino 23, with whom he released two albums), a guitarist with eclectic experiences, to form a band with strong groovy connotations, but touching progressive sounds but never losing a certain musicality.
At the same time, bassist Matteo De Franco was contacted, coming from experience in thrash metal and funk with some local bands (Killing Heresy and WFM).
The three immediately started writing and testing new components, until they found Giacomo Marsiglia (drums), also coming from local rock band experiences (Kool 1 and Indiana).
After a few months, the young guitarist Luigi Gabriele was added to complete the line-up.
The five guys immediately begin to compose their own music and look for a sound that satisfies everyone’s tastes, ranging from hard rock to death metal, passing through the djent and the
alternative.
They have built a powerful and particular sound, without neglecting musicality, to try to please even those who are not regular listeners of metal music.
A list of inspiring bands includes: Mastodon, Machine Head, Lamb of God, Dark Tranquility, Metallica, Iron Maiden, Slayer, as well as Italian metal heroes, Lacuna Coil.
The group shares a passion/ curiosity for divination and tarot, the band’s name was inspired precisely by the ninth tarot card.
After a small period of adjustment and writing, IX’s debut EP,
‘Present Days, Future Days’, was released on March 9, 2019.

I. 5000 years the wait
Quietly inhales
Sitting all alone
Questions himself
In the shadows of a room
Lonely but so strong!
Blind in pure darkness
He spent 5000 years
Achieves now the enlightenment
Coming from within
Lonely but so strong
Lonely but so strong
The darkness is gone
Open your vision
Let his light shine in
He can see clearer
Lonely but so slow
But secure
Learning from the past
Turned downside up
Realizing that
The quest is on
II. Light of self awareness
On the floor, at his feet
Sleeps a layer of dust, ancient but thin
The remains of old clothes
Rotting witnesses of the time went by
On the walls, nailed frames
Picturing faces and scenes, a long life ago
But he surely remembers
It’s not where he’s going
Standing on, very aware
Tightly armoured in his cloak,
Whispers softly and calm
to the minds that stay open
Swings his light
Stops all fight
His truth soon will speak
His truth soon will come
Your truth soon will speak
Your truth soon will come
A truth, once, for all
A truth… Different for everyone
III. Enlightened Guide
Yeaaaah, let it bless you
Yeaaah, let it guide you!
Lonely but so strong!
He’s not lonely anymore!
It can guide you thru the imperfection of your life
Let it show you the path you need to find!
Let it lead you
Carries, a new begin
Move on, and fill you in
Hopeless, his trust betrayed
Useless, tired and denied
Soon he will be
Back in the dark
IV. The disillusion
Stay
Where you are
Put
In the dark
Untold, unseen
They don’t deserve you, man
Your chance will come
Will come again
In 5000 years