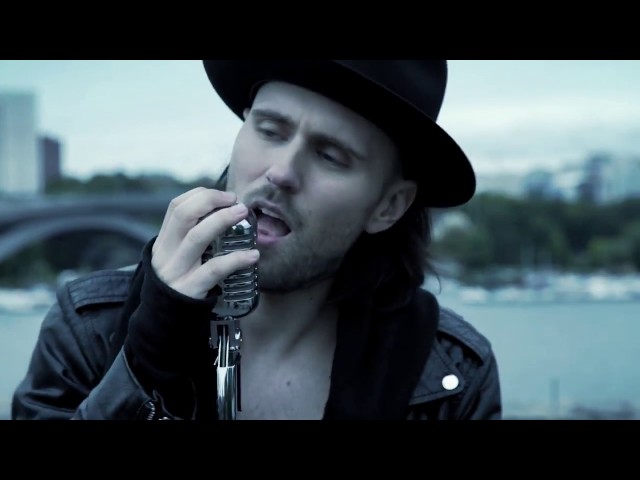 http://www.BlankTV.com – No Sleep for Lucy – “Don’t Let Go” – Like this video? Come see thousands more at the Net’s largest, uncensored, completely d.i.y. music video site, BlankTV.com! We’ve got News, Games, Contests and the stuff that we can’t show on YouTube!

Artist Biography: Let us present No Sleep for Lucy, an alternative rock band from Stockholm, Sweden. The debut album ‘Until the End’, now ready for release, contains collaborations with 30 Seconds to Mars’ Stevie Aiello, Alice Cooper’s Tommy Henriksen, Grammy nominee Mark Holman (Daughtry, Three Days Grace etc.) and lots of other musical geniuses. ‘Until the End’ contains 12 epic, melodic and catchy songs with a large variety of layers when it comes to lyrics and musical atmosphere.

No Sleep for Lucy has been around the music scene for some time and have previously released the singles Feel Alive, Going Down and Closure, all of which have been voted into top-5 most wanted songs on Sweden’s No. 1 rock radio station, Bandit Rock. The success also led to the band being nominated for a Bandit Rock Award in the category “This year’s breakthrough” in 2015.

This is a new era for No Sleep for Lucy and the band is looking for partners in the release of the album and in taking the band to the next level. Maybe you’re the right one for the journey!? Listen to the album by clicking the link below and also take a look at the video for the upcoming single ”Don’t Let Go”.

Don’t hesitate to contact us. With an eye-catching image and songs that speak for themselves, No Sleep for Lucy are more ready than ever to go out on this journey.

About The Video: Recorded in Stockholm City, Sweden. The dancers were given free hand to interpret the lyrics in their own way.

VERSE 1:
Looking for something
Anything when there’s nothing that can light the dark

PRE:
But I won’t stand beside you and let the shadows take your life
I know there’s hope inside you so would you help me help you Tonight

VERSE 2:
No one is perfect
And everyone is deserving of a second chance

BRIDGE:
I know you shine like a star
I wanna see just who you are

And if you lose the will to fight
You just look right in my eyes – it’s time.