Crosswise Decay – “Let’s Not Turn This Rape Into A Murder” A BlankTV World Premiere! 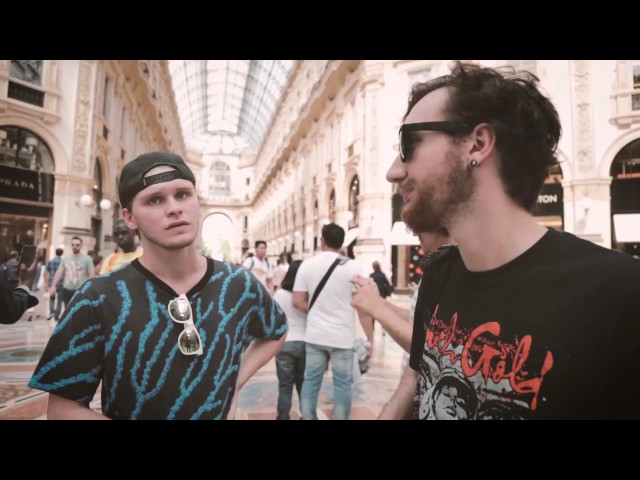 http://www.BlankTV.com – Crosswise Decay – “Let’s Not Turn This Rape into a Murder” – Like this video? Come see thousands more at the Net’s largest, uncensored, completely d.i.y. music video site, BlankTV.com! We’ve got News, Games, Contests and the stuff that we can’t show on YouTube!

Artist Biography: Crosswise Decay are a skatepunk/melodic hardcore band from Livorno, Italy.
Born in 2012, after several live experiences with their former project, they started to create their own songs, inspiring themeselves by bands such as Belvedere, NOFX, Lagwagon, A Wilhelm Scream, Propagandhi and many more.
After two homemade demos, in 2014 they released
their first Ep “Finally Something Decent”, followed by the second one in 2015 called “Crosswised” supported by Inconsapevole Records and Ghost Factory Records.
To promote the Ep they began playing many live shows in Italy and even had their first European tour in January 2016.
In July 2016 they moved to Hell Smell Studio in Rome to record their third Ep called “Trifles” released on August 12th, again for Inconsapevole Records and Ghost Factory Records.
Bands we’ve played with: Bedtime for Charlie, The 101’s, Actionmen, Dead Neck, Darko, Almeida, Atlantic, 7 Years, Duff, 30 Miles, Adrenalized, Edward in Venice, Such Gold, Lineout, Kill the President, Outline and many more!

About The Video: The video was shot all over Europe while the band was on tour!