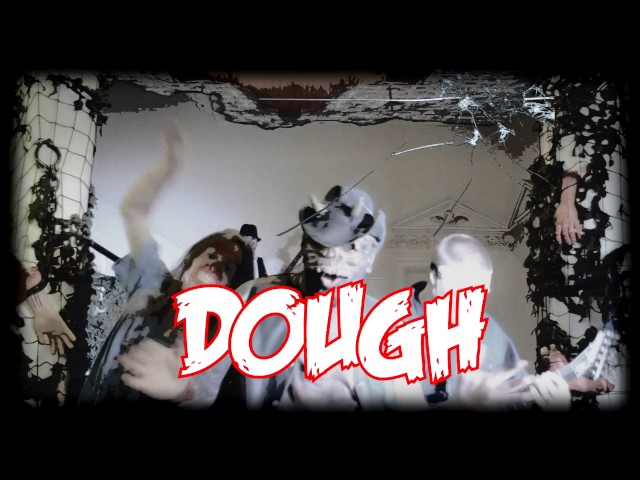 http://www.KrankTV.com – Demons of Old Metal – “Dough, Ray, Me” – Like this video? Come see thousands more at the Net’s largest, uncensored, completely d.i.y. music video site, KrankTV.com! We’ve got News, Games, Contests and the stuff that we can’t show on YouTube!

Artist Biography: If you were to take elements of the biggest 80s thrash bands and stick them in a cauldron with the groove of Pantera, the swagger of Hellyeah, the hooks of Slipknot and a black sense of humour, you’d get close to Demons of Old Metal.

D.O.O.M. was formed at the tail end of 2010 by four veterans of the UK metal circuit who, jaded by a cynical industry, wanted nothing more than to blast out classic metal tunes and have some fun. It quickly became apparent that the band had way more potential and released their debut CD ‘The Demonic Chronicles Volume I’ on Halloween 2012. The response from fans and media alike was overwhelmingly positive and helped fuel the subsequent releases of Volumes II & III. Demons of Old Metal’s reputation as a hard-hitting, quality metal band was further enhanced by blistering live performances all across the UK with radio play and magazine coverage in the U.S, mainland Europe and beyond.

December 2015 saw the release of ‘Dominion,’ the band’s first “full length” album which was again enthusiastically received by both their fanatically loyal fans (The Demonic Horde) and reviewers across all media platforms. ‘Dominion’ saw the Demons make their first television appearance and led to a summer packed with festivals in 2016, including a special guest slot appearance with Wildfire Festival 2016 in Scotland.

Now, in 2017, Demons of Old Metal are releasing the first instalment of their new concept album-in-three-parts, “The Twisted Path to Redemption.’ As with all Demons releases, expect a mix of everything from dark , dystopian anthems like ‘The Twisted Path’ and fists-in-the-air party metal such as the tongue-in-cheek ‘Dough, Ray, Me,’ all seasoned with the band’s trademark groove.

About The Video: The first video ever filmed in The Demons’ Lair, ‘Dough, Ray, Me’ is a cartoonish look into the off-stage world of Demons of Old Metal. A partial lyric video, you will be singing along before you know it!

Song Lyrics: Dough – where’s the dough, bro?
Where’s the dough for the blow, yo?
Ray – he’s comin’ round to collect,
If you ain’t got the dough,
He’s gonna break your legs,
Me – is who you need to pay,
‘Cos this situation ain’t goin’ away and
Far – is where you have to run,
‘Cos I’m comin’ for you with a double-barrel shotgun

So – what’s it gonna be?
D’ya wanna take a trip to emergency?
LA – well that’s L.A,
But even in the ‘hood you know there’s no escape,
T – well that’s a capital ‘T,’
It stands for the trouble that you’re in with me and back to
Dough – ‘cos we all know,
If you gimme the dough,
I’ll let your sorry ass go!